To be able to compete in sailing is not really an easy thing to do. You have to be really good at it and you should know the different sailing formats that are followed in every competition. There are specific racing disciplines and specialised competitions that have varying rules and formats. Some races have point-to-point or closed course formats. There are competitions that happen in open waters, along the coast, or sheltered waters.

A typical sailing competition that includes multiple types of vessels is called a regatta. It involves individual races where boat crews are expected to perform well over a series of races. The overall winner will be declared as the winner in the end.

To compete in sailing, you first need a vessel to sail in. You have a lot of options like dinghies, catamarans, trimarans, and race boats. There are also those that are meant for cruising. Obviously, you have to know the race format and rules to know the appropriate vessel to use. 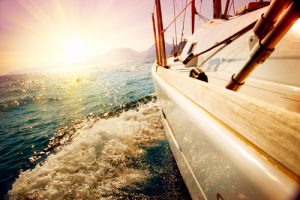 This is considered as one of the longest-running regattas that you can compete in sailing. It started in 1826 and have been going strong ever since. There are 8,000 participants manning 1,000 boats and participating in 40 sailing races. The participants range from Olympic professionals to weekend sailors. This event happens every August on the waters between the Isle of Wight and the southern part of England. The sailing competition is run by the Cowes Week Limited through the small town of Cowes. The event usually ends with spectacular fireworks that have become the highlight of the event.

This is another event that is popular around the world. It is named after the current owner – Volvo Cars. The route for this race usually changes in accordance with different ports of call. The race begins in October and sets off from Europe and has either 9 to 10 legs. The race goes through stopovers in various cities. Beginning with the 2008-2009 race, they have included stopovers in Asian countries. This race took 9 months to complete and held an audience of more than 2 billion all over the world. Each sailing team is required to have 9 professionals as part of the crew and will race day and night for up to 20 consecutive days in each leg. Given the length of the race, it is important for the crew to know medical, sail-making, nutrition, hydraulics, electronics, engine repair, etc.

This is also known as “Auld Mug” – which is in reference to the trophy that is awarded to the winner of the race. This race actually involves two sailing yachts – one as the defender and the other and the challenger. This is actually one of the oldest trophies that sailors try to win while they compete in sailing. On February 14, 2010, a giant trimaran operated by the BMW Oracle Racing team won the 2010 America’s Cup. It was able to beat a giant catarman. They were the first American syndicate that won the cup since 1992.